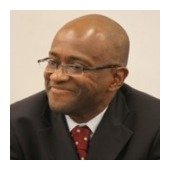 Naw Nyarko is a professor of Economics at New York University and the Director of the Center for Technology and Economic Development. He is also the Co-Director of the Development Research Institute, winner of the 2009 BBVA Frontiers in Knowledge Award on Economic Development Cooperation, and Founding Director of NYU Africa House. A theoretical economist, his current work focuses on models where the economic actors engage in active learning about their environments and human capital models of economic growth and development. He is the author of many published research papers and the recipient of numerous awards and grants, including many from the National Science Foundation. He has been a consultant to many organizations including the World Bank, the United Nations, and the Social Science Research Council.